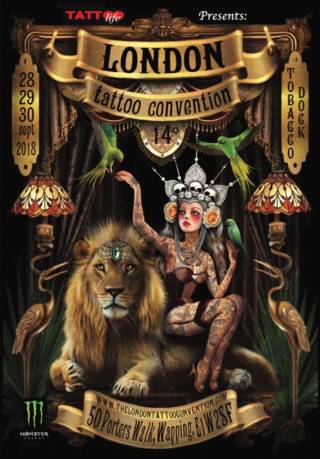 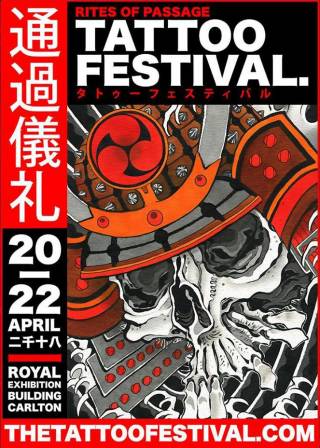 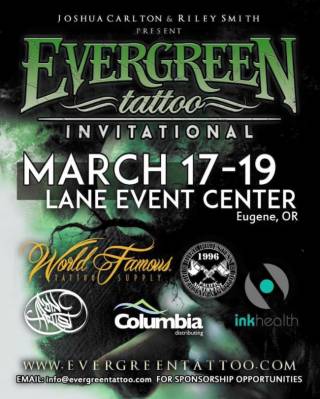 From a young age I have been interested in all forms of art but that passion and focus soon became tattooing. I was always drawing on people in class with some idiot talking about ink poisoning in the background. So, at the age of fifteen with all my tattoos planned out, I enrolled in Fine Art college to better myself as an artist. College was a path I wandered down but I never loved it. It was at this point I got my first tattoo in a traditional studio- in a rainy english city called Glossop. “Leave a message on the machine and ill get back to you” was written on his door, he never did walk ins. Harley in the waiting room, glass cases with every cult figure imaginable and you could smoke inside. Steve, who never said his last name gave me a small rose tattoo and I fell in love (with tattooing not Steve even though he was cool.)

The next couple of years I spent trying to get into the industry with no luck. Looking back I was doing everything wrong in all the wrong places. I decided to travel to Japan for a year with the aim of gaining greater knowledge, understanding the history of tattooing and to find new opportunities. Travelling opened the world up for me and left me wanting more. After only a few months back in England, emailing anyone and everyone I got my long awaited chance with a small studio in Johor Bahru, Malaysia on the border with Singapore.

The apprenticeship was simply being thrown in at the deep end tattooing factory workers and tuna fishermen at a price they couldn’t argue with. It was a fast paced learning curve with long hours of getting in other tattooists light and painting as much as possible to pass the time. The culture shock was dramatic and amazing.

After a year I relocated to work alongside different artists and to absorb new surroundings. A few stops along the way in America, New Zealand and Asia, I ended up back in Europe. I was living in a bohemian neighbourhood in Madrid. A few months of exploring and I was ready to move on and find somewhere to settle.

Moving to Germany living in a studio attic with the front of shop as a lounge was a great experience everyone should have. This brought about some great moments such as people at midnight coming to the huge front windows, lit by neons pointing as they commented on the work displayed. I worked on the same steep learning curve for an old school welsh tattooist next to the largest British military base outside of the British isles. Nigel Basset- he’d been in the trade since the late 70’s and had all the knowledge and stories you would expect. Boot polish ink, the single needle days, tattooing in toilets at scooter rallies and the gangster owners of studios in Northern England. He taught me more about tattooing history, people and business than anyone so far in any of the places I have been. Most importantly he taught me to have the greatest of respect and admiration for those who have successfully lasted so long in the industry. Together we opened a small studio in Bergen Belsen, Germany. I worked alone for a year with freedom and a good set of friends behind me. I began working towards gaining a style and portfolio to set me apart.

A year alone and I had reached a point I believed could not be passed without like minded artists. After nearly six years in non english speaking countries I also wanted to be able to go to the cinema, read a paper and oddly talk to anyone I met on a bus or sidewalk. New Zealand was and is a beautiful country with some of the friendliest people I have encountered so it was not hard to pick a new place. After a guest spot Skinks Tattoo Studio owned by Euan Satherley welcomed me to his team. Working with such a great collection of artists with total freedom has meant so much to me. I’ve been here in New Zealand for almost three years and plan on making it my long term home. Now relocating to Matt Jordan’s Ship Shape tattoos in Orewa, Auckland to carry on the adventure!!

Thanks for reading a brief history of me